Reader! You’re here! How are you doing today?

I had a wonderful night last night, racing for the movie theatre to watch Oblivion with Tom Cruise and Morgan Freeman. I enjoyed watching the movie, then I hit rock bottom this morning and found stuff to grumble about. 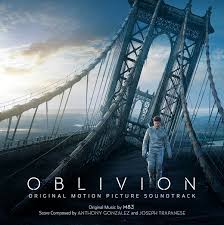 Don’t you just love it?

Thankfully, I do not have the special gift my best friend seems to have, of being able to see where the story is going. I was pleasantly surprised by the big twist in the tale and the fact that there were no slimy cockroach aliens lurking in the shadows.  However, I had a real issue with the female characters in this tale. Why are women depicted as being so one dimensional? The stickler for rules and soooper smooth hair lady who cannot deal with the truth, or the tug-your-heartstrings-back-to-humanity babe who displays no real kick-your-ass skills.

I know I’m nit picking. I know it. But I really have issues with Hollywood right now. This could have been so awesome if:-

It could have been GREAT! Instead it was good.

But I guess that is why I am a story teller and have chosen to tell stories about unconventional people doing World changing things. Stories about people you’ll never see on the silver screen, but who you know exist somewhere. Stories about women who are PROPERLY clad and do not have to use their sexuality to get things done.

My final thoughts: I liked the movie. I wish it was so much more.